You found the right website if you are searching for homes for sale in Dana Point, CA. My website has EVERY Dana Point home for sale in California listed with California Regional Multiple Listing Service, Inc. (CRMLS).

Dana Point is a city located in southern Orange County, California. The population was 33,351 at the 2010 census. It has one of the few harbors along the Orange County coast, and with ready access via State Route 1, it is a popular local destination for surfing.

The city was named after the headland of Dana Point, which was in turn named after Richard Henry Dana, Jr., author of Two Years Before the Mast, which included a description of the area. Dana described the locale, including neighboring San Juan Capistrano, as “the only romantic spot on the coast”. Although Dana described the anchorage as poor, it is now a developed harbor and contains a replica of his ship, the Pilgrim. The Pilgrim is used as a classroom by the Ocean Institute, which is located at the harbor. This area is designated California Historical Landmark #189.

The Dana Point headlands are a prominent feature in Orange County geography and after years of controversy, are currently being developed as a 118-house gated community, however 68 acres (280,000 m2) of the site is open to the public and features a nature center and walking trails exhibiting “lost” plants of the Southern California coast. Views on a clear day extend to Catalina Island and La Jolla in San Diego County. link Dana Point Headlands.

Dana Point was a popular port for ships involved with the hide trade with nearby Mission San Juan Capistrano. Trading reached its peak in the 1830s and 1840s. In 1818, Argentine sailor Hippolyte de Bouchard anchored there while conducting his raid on the mission. Richard Henry Dana then visited the area in 1835 while serving aboard the sailing brig Pilgrim on her voyage along the California coastline.

In 1926, Woodruff, Chandler, and Sherman created the Dana Point Syndicate. They invited other investors, company presidents, movie producers, and real estate investors to join them in purchasing 1,388 acres (5.6 km2) of land, some of which includes the “Headlands” of today. Promising tree-lined and paved streets, electricity, telephones, sidewalks, water mains, storm drains, sewers, and other amenities, Woodruff built 35 homes and a number of commercial buildings.

Most of these “Woodruff” houses are concentrated in the Dana Point historic core, also called Lantern Village (currently about 12,000 residents). The streets are named after different colored lanterns—Street of the Violet Lantern, Blue Lantern, etc.—because colored lanterns were used by ships 200 years ago to advertise their fares when in the Dana Point natural harbor. His crowning structure was to be the Dana Point Inn, a Mediterranean-like resort hotel on the cliffs overlooking the harbor. After a celebratory groundbreaking in 1930, a three-story foundation was poured and a 135-foot (41 m) shaft was dug for an elevator to transport hotel guests to and from the beach. The economic downturn of the Great Depression caused construction to halt, however. Although Woodruff continuously sought financial support through the years, this project was abandoned in 1939. Subsequently, he sold the remaining holdings of the Dana Point Syndicate. Thirty-four of the original Woodruff residences are still occupied.

The harbor, built in the 1960s and dedicated on July 31, 1971, is home to a marina, shops, and restaurants, and is a point of departure for the Catalina Express, a transportation service to and from the City of Avalon on Catalina Island. The entire harbor of Dana Point, including the Embarcadero Marina shops and restaurants, are set for complete demolition and redevelopment. The current vintage nautical style is being abandoned for a Tech Minimalist concept using metal roofs as well as Minimalist landscaping.

The Strands at Headlands

The Strands at Headlands is a luxury housing development built on land that was originally part of the Chandler Family holdings. For decades the land facing the beach was home to the Dana Strand Beach and Tennis Club, a mobile home community that closed in the late 1980s. For years, access to the Strands beach was limited to hiking down a dirt trail where the mobile homes had stood. The Strands parcel included the actual headlands and bluff of Dana Point as well and was one of the last large coast properties available for development along the Orange County Coast. During the course of a ten-year approval process, the original high-density plan, which included a large multi-story hotel on the bluff top and hundreds of houses and multi-family units, was reduced in scope to just over 100 home sites. As part of negotiations with the California Coastal Commission, the developer agreed to turn the bluff into a nature preserve and build over $11 million worth of public improvements to provide easier access to the Strands Beach. The improvements include stairs, restrooms, a beach-front sidewalk and a funicular to transport visitors from the parking lot to the beach. After extensive infrastructure construction, lots were offered for sale in the fall of 2006. Lots in the development are rectangular with modern houses commonly priced above $10,000,000. The development has provided much easier access to the beach below and has allowed surfers and other beach visitors to access the beach quickly and easily. Strands Homeowners, through a Mello-Roos assessment, pay for the upkeep of the beach improvements.

In 1928, a corporate entity of the American industrial giant Edward Doheny, who had built his fortune in oil production in Southern California and Mexico, purchased a number of lots in Capistrano Beach. Doheny’s son, Ned, formed a development company, the Capistrano Beach Company, which included his wife’s twin brothers, Clark and Warren Smith, and Luther Eldridge, a contractor, to build a community of Spanish style houses. According to Dana Point historians Baum and Burnes,* Eldridge favored two dominant characteristics in his homes, a typically Spanish roofline and the use of large ceiling beams in the main rooms of the houses. The roofline, covered with red ceramic tiles, incorporated a low-pitched gable, spreading out to one short and one long roof. The ceiling beams were decorated with stenciled artwork painted by artist Alex Meston. Eldridge was able to complete the original Doheny family house on the bluffs, four houses on the beach, and 18 other homes scattered throughout the area before tragedy struck the ambitious project. Edward Doheny was preparing for his criminal trial for bribery in the Teapot Dome Scandal, and on February 16, 1929, Ned Doheny and Hugh Plunkett, his friend and secretary, who were to testify in the trial, were killed in a murder that still remains unsolved. In 1931, as a memorial to Ned, Petroleum Securities Company, Doheny’s family-owned business, made a gift of 41.4 acres (168,000 m2) to the State of California, which is now Doheny State Beach. The unimproved Capistrano Beach properties passed back to Edward Doheny, and, upon his death in 1935, to his wife and heirs. By 1944, all of the properties had been sold to private parties.

The Doheny family also funded the building of what was then called St. Edward’s Chapel in Capistrano Beach. The chapel soon grew, received canonical status as a parish, and moved to its current bluff-top location in Dana Point, overlooking Doheny State Beach.

Richard Henry Dana (the author of “Two Years Before the Mast”) considered the high bluffs and sheltered coves of this area of Southern California to be the most beautiful spot on the California coast. Pioneering surfers agreed as they surfed the many beach breaks along the coast. Dana Point had a notable surfing history, and was home to many of the first companies that produced products for surfing. Hobie Alter opened the world’s first retail surf shop in Dana Point in 1954. Many surf publications such as the Surfer’s Journal and Surfer Magazine were formed and headquartered in Dana Point. Bruce Brown produced the iconic surfer film Endless Summer in Dana Point.

“Killer Dana” was a legendary surf break off Dana Point. The surf break was notorious because it came out of deep water and broke close to the rocks that lined the beach. The Killer Dana wave was destroyed when the Dana Point Harbor was built in 1966. A breakwater now cuts right through the heart of the once epic surf spot. In 1997, the surf group The Chantays recorded an instrumental track named “Killer Dana”.

One of the very few known specimens of the megamouth shark was caught off Dana Point in 1990. Visitors can visit the Ocean Institute at the harbor below the point and the tidal pools located nearby for a close-up view of marine life during low tide. With the kelp beds located just offshore, Dana Point is a popular destination for snorkelers, fisherman, and spearfishers. Juvenile great white sharks sometimes congregate in the area, but are rarely a threat to humans, mostly feeding on fish.

Dana Point has held a Festival of Whales since 1972. This celebration is held over two weekends in March.

The Tall Ships Festival is held in September. It is considered the largest annual gathering of its kind on the West Coast of the United States.

Dana Point has hosted the Dana Point Concours d’Elegance since 2008. The event is located on the Monarch Beach Golf Links and supports various charities.

The Dana Point Grand Prix is an annual criterium bike race overlooking Dana Point Harbor. The course winds its way through downtown Dana Point into Heritage Park and the adjoining residential community with ocean views for participants and spectators before finishing on a long straightaway on PCH. [2]

The Dana Point Chamber of Commerce hosts the annual Turkey Trot, which includes a 5K, 10K and Kids’ Gobble Wobble race for ages 5–12, which was voted as a top destination for Thanksgiving by Fodor’s Magazine. This event attracts more than 10,000 runners throughout the country and another 5,000 family and friends.

If you are a Dana Point, CA home buyer, my foremost goal is to provide you with exceptional customer service. My goals are to help you purchase the right home, make sure you don’t miss out on any homes that meet your needs, and make sure you don’t pay too much for your next home. Please utilize my Dana Point, California real estate expertise to make your home search and buying experience as stress free and rewarding for you and your family as possible.

If you're considering selling your Dana Point, California home, I utilize the latest, cutting-edge, real estate marketing tools to expose your property to the widest range of potential buyers. I am here to get your house aggressively marketed to sell as quickly as possible and for the best price! My goals are to help you get your Dana Point, CA home sold, put you in the strongest negotiating position as possible, and to make it easier for you and reduce surprises.

Get My Dana Point Home Value 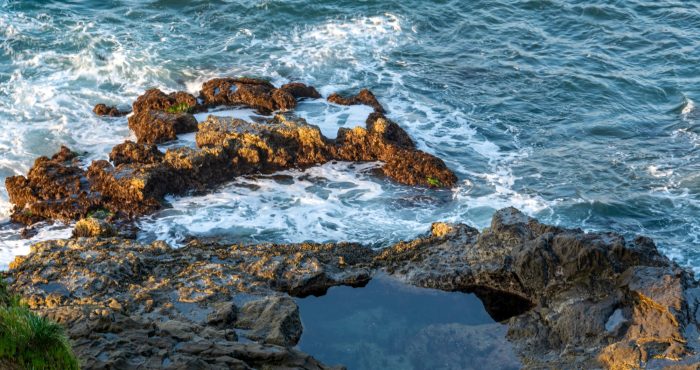 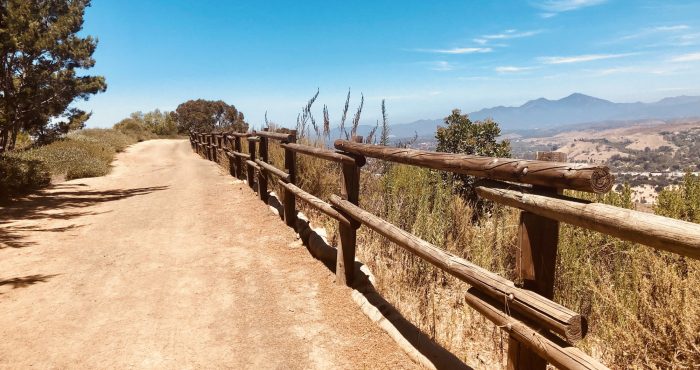 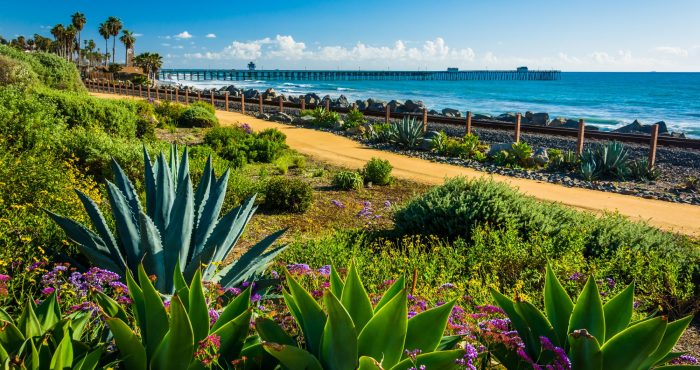 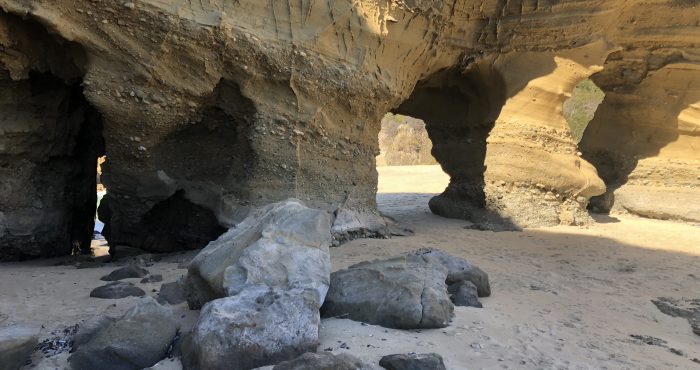 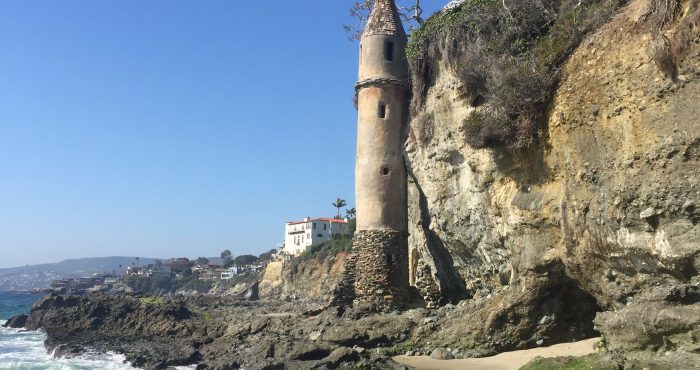 Want to Buy or Sell a Dana Point Home?

Elizabeth French is simply great and very helpful. She was persistent and worked really hard for us in getting the home. You would want her to be your agent as she will get the job done. Overall she is very responsive and someone I would highly recommend.